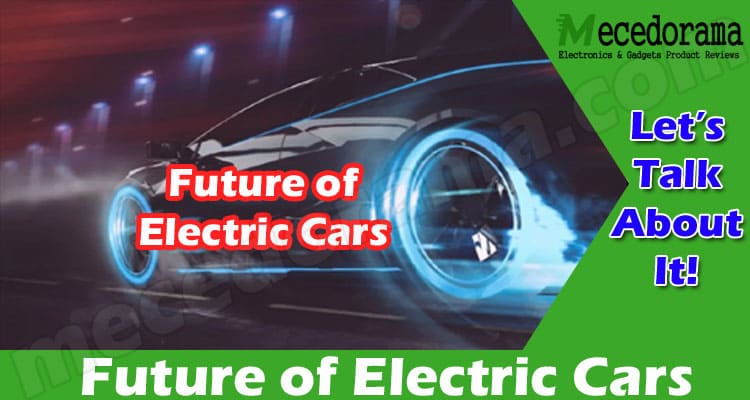 Future of Electric Cars: Since the introduction of Tesla cars, the future of electric vehicles is more promising, and now Ford and even Hummer have introduced their all-electric powered trucks. Although it was hard for people to rely on a car that runs solely on electric power, now it seems like everyone else is asking for one.

Electric cars are becoming popular because they don’t require gasoline to fuel them; instead, they run on batteries that can be recharged. Not only do they not require gasoline (and the future agony of rising gas prices), but electric vehicles also produce far fewer emissions than their gas-powered counterparts. It seems like a win all around, but many people are still wondering if electric cars can compete with their gas-powered counterparts.

Before, people had more faith in gasoline-powered vehicles than they did in electric ones because the infrastructure to support the recharging of batteries was not there. People also did not have faith that an electric car would get them far enough on a single battery charge.

The range of a gas-powered car is established, and since you can find a gas station almost anywhere, you are not bound to certain miles. However, in the case of an EV, you are required to recharge, but unlike gas stations, Electric charging stations are not that many, plus those available are often overcrowded.

However, with advances in battery technology, an EV nowadays can have a range of up to 400 miles easily.

Today the fastest 0 – 60mph car production car in the world is Tesla Plaid, an all-electric vehicle. It only takes 2.5 seconds for this car to reach 60mph, which is faster than any gasoline-powered car in the market.

Electric cars are pricier than fossil fuel powered vehicles. The Tesla Model S starts at $63,570, while the Chevy volt starts at $40,000 after a federal tax credit of $7,500. However, you can buy a nice gas-powered vehicle for that price. But it’s not just buying a car; it is owning a vehicle that matters the most. Owning an electric is a lot cheaper than any gas-powered car.

Electric cars are ideal for people who live in the city because they can be charged overnight, which means no wasted time at gas stations.

Like electric cars, electric bikes are gaining a lot of popularity as well. Electric bikes seem to be a better option from the daily driver to high-performance bikes.

As of late, many of the advancements that have been made in electric cars are also being applied to electric bikes. Electric bicycle batteries recharge much faster than their car counterparts, and they can last up to 50 miles on a single charge without pedaling. According to the Denver Post, this means that some electric bicycles are actually more energy-efficient than cars. You can buy electric bike at discounted prices.

Electric bikes like lightweight folding e-bikes, cargo-carrying e-bikes, and performance e-bikes are more popular and are super-fast with speeds up to 30mph or even faster.

Electric cars are the future. They’re cheaper to operate and maintain, faster, and produce far fewer emissions than gas-powered cars. Electric vehicles can now travel up to 400 miles on a single charge with advances in battery technology. If you’re looking for an environmentally friendly and cost-effective mode of transportation, electric cars, and electric bikes are definitely worth considering.