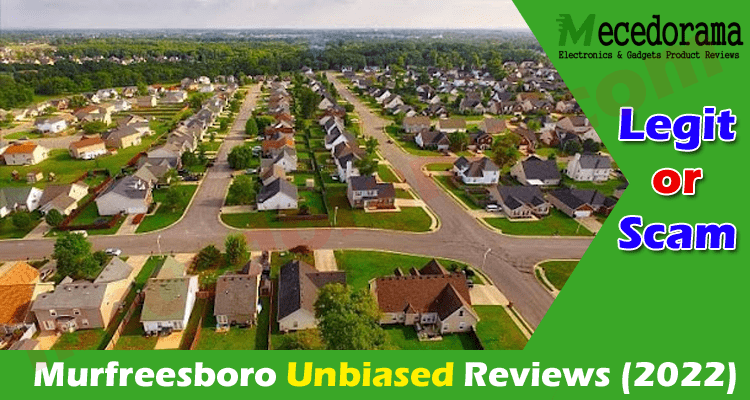 Murfreesboro is one of Tennessee’s fastest-growing cities. It is the administrative center of Rutherford County and is home to around 146,900 residents of all ages. With a low unemployment rate, affordable housing, and reasonable living costs, the city is only 30 miles from Nashville’s vibrant metropolis.

Murfreesboro has a plethora of activities and thrills to experience either in or around the city, making it one of Tennessee’s best locations to live.

“Creating a better lifestyle” is Murfreesboro’s motto. Despite rarely appearing on the national radar, their effort into honing their purpose earned them a spot in Money magazine’s top 100 places to live list. You’ll fit in quite nicely as soon as you get to Murfreesboro.

If you’re thinking about moving to this quaint suburban community, keep reading for additional information on schools, job prospects, weather, and recreation to ensure it’s the best fit for you.

The best thing about relocating to Murfreesboro TN, is that it is an affordable place to reside in. The total cost of living is 10% lower than the nationwide average, with the accommodation being the most cost-effective amenity in the region, costing 21% less than the average American city.

Transportation and utility prices are similarly low, with both being 10% less expensive than in other cities around the country. In addition, grocery costs are 3% lower than the national average, and medical expenses are 2% lower.

Typical high temperatures, or temperatures exceeding 86 degrees Fahrenheit, can be expected from June to August. The only months with average temperatures below freezing are December, January, and February. So that leaves roughly six months every year while the weather is somewhat decent outside.

Monthly rainfall generally peaks in May, reaching as high as 5.6 inches. Also, the only month of the year that receives more than five inches of rain is in December, which receives 5.2 inches. August, September, and October are the driest seasons of the year, with monthly rainfall averaging less than four inches.

Residents of Murfreesboro, TN who are between the ages of prekindergarten and sixth grade are subject to the supervision of the Murfreesboro City Schools. MCS is dedicated solely to this age range and operates twelve schools inside the city borders, serving roughly 8,800 children.

Rutherford County Schools is responsible for the education of Murfreesboro’s secondary school pupils. RCS comprises 47 schools that serve children in grades 7 through 12 and educates roughly 44,000 students throughout the county.

There are thirty-two public schools in Murfreesboro. However, those seeking alternative education have many possibilities. Within the city limits of Murfreesboro, there are ten private and charter schools, including Catholic, Christian, and Private Academies.

Murfreesboro, TN, had a 6.7 percent unemployment rate during the first quarter of 2013, which was lower than the average of 8%. If you are moving to the city without a job, you can apply for government opportunities here or visit the Tennessee Career Center at Murfreesboro for career advice and assistance. In addition, the Rutherford County Chamber of Commerce can help you get started whether you own a small business or want to open one in the city.

Murfreesboro, TN,  has a thriving arts community. There is no shortage of outstanding artwork to be viewed, both to the university’s artistic departments and the city’s many excellent art galleries. In addition, the Murfreesboro Institute for the Arts is a gathering place for visual and theatrical arts. At this fantastic venue, visitors can enjoy it all, from art exhibits to concerts, dances, magic performances, and dramatic arts.

Murfreesboro is home to many museums. Murfreesboro citizens have access to these museums that ranges from children’s museums like The Discovery Center to historical museums like the Stones River National Battlefield. In addition, many schools take advantage of Murfreesboro’s numerous exhibitions by participating in guided tours of the city’s educational and historical landmarks.

Things To Do in Murfreesboro

Cheering on the sports teams unites a community like nothing else. The institution hosts a variety of sporting activities that are open to the public. Locals will assemble to support their favorite team, whether it’s a basketball game, soccer match, or tennis match. There’s always something exciting happening on the college premises.

The Discovery Center is an excellent place for families to spend a day. This engaging exhibit includes themed programs and hands-on activities that kids will love and remember for days. This educational chance is excellent for kids of all ages and features a variety of exhibits.

Murfreesboro has a more excellent quality of life and a rapidly expanding economy. It provides a unique blend of natural beauty, warm climate, music, and dancing. With Nashville just an hour away, you can enjoy the charm of a bit of town. This could be a wonderful place to start a family.